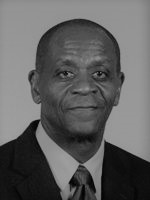 Elton is a trial lawyer of considerable experience, during which time he has earned a reputation as an Industrial Relations and Labour Law specialist and an esteemed civil litigation practitioner. He has also provided advice to many of the Firm’s clients on a wide variety of complex legal issues in many practice areas.

During his career, Elton has served in many capacities in civil society. He was the Chairman of the 1989 Commission of Enquiry into the Death Penalty (popularly known as the “Prescott Commission”). In December 1998, he was appointed Chairman of the Government’s Standing Tripartite Committee on Labour Matters. Elton has served as a Director of the Central Bank of Trinidad and Tobago and of the Copyright Music Organisation of Trinidad and Tobago. Elton has also served on the Police Complaints Authority and on the Council of the Law Association and its Disciplinary Committee. He is a former Chairman of the Land Surveyors’ Disciplinary Committee and a former President of the Toco Old Boys and Girls Association. He is a former Independent Senator in the Parliament of Trinidad and Tobago, an appointment made in recognition of his outstanding contribution to civil society.

Elton is an avid sportsman and hockey player. He has served as the Secretary of the Caribbean Association of National Olympic Committees, a Director of the Pan American Hockey Federation, and on the Committee responsible for the Trinidad and Tobago Football Association’s Constitutional Reform process. He is the former President and a Life Member of the Malvern Sports Club.

While at the Firm, Elton was principally in charge of human resource management and operations. Subsequent to his retirement from the Firm in 2016, Elton continues to maintain an active civil litigation portfolio. He maintains a close working relationship with the Firm and is always available to lend assistance when needed by our Attorneys-at-Law.

Elton has specialist training in mediation and arbitration.

Recent Casework:
2019- Energizer Supermarket Limited v. Holiday Snacks Limited P-096 of 2015- Together with Christopher Sieuchand and Sonnel A. David-Longe, successfully defended an appeal brought by a company alleging that an agreement made between the earlier owners of nearby lands was unenforceable. [on appeal to the Privy Council]

2019- Port Authority of Trinidad and Tobago v. Daban [2020] 1 All ER 373, (2019) 94 WIR 545- Together with Christopher Sieuchand, successfully defended a claim for constitutional relief brought by a former employee against the Port Authority.

← Previous Profile
About Us
Next Profile →